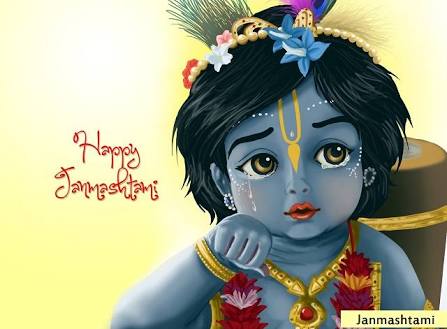 Janmashtami is a Hindu festival celebrated in the occasion of great lord Shree Krishna’s birth. Janmashtami elaborates the story behind the struggle suffered by Krishna’s parents to keep him safe after his birth. Krishna’s maternal uncle Kans was told by his prophecy to get killed by Devaki’s eighth son. Kans kept both Devaki & Vasudev imprisoned for years & killed all their sevem infants to change the destiny.

Janmashtami is known with various names in different parts of India as Gokulashtami, Krishnaashtami & Satnam Ashtami. Krishna is assumed as the eighth avatar of Vishnu.  Krishna Janmashtami is followed by Hindu calendar on eighth day of Krishna Paksha(Dark Nights).

The Krishna was born in prison to Devaki & Vasudev in Madura,Uttar Pradesh. Later, Vasudev went to Gokul while everyone was asleep & left Krishna with Yashoda.  Vasudev had to cross the Yamuna river to reach Gokul in dark nights. It is said that the whole universe helped to cross reach his destination in support of Krishna. Later, Vasudev came back with yashoda’s daughter to prove her as his eighhth child to Kans. Like, seven other infants, Kans tried killing the eighth child also. But, she rose up as Yogmaya(Vishnu’s helper) & disappeared after warning him for his death.

Krishna grew up under parenthood of Yashoda Maiya & Nanda baba. he returned to Mathura after growing up with his brother Balram & killed Kans. Janmastmi celebration also includes some childhood mischievous sides of Krishna like Dahi Handi, Raslila, BalLila & many other.

Krishna Janam is the main event in jJanmashtami Mahotsav. In India, devotees do fasting till midnight & fulfill the rituals after the birth of Krishna looking at the moon.

May god lord fulfil all your wishes on this auspicious festival of  faith & blessings. Get the best Janmashtami songs & Best Janmashtami Hd wallpaper. Keep circulating the good wishes &  enjoy the day fullest. 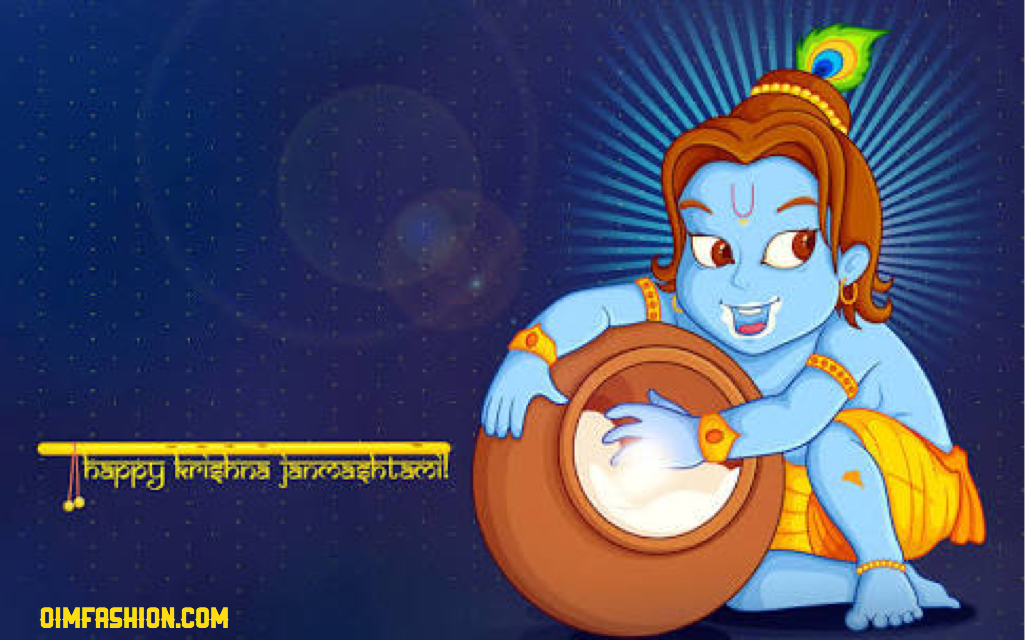 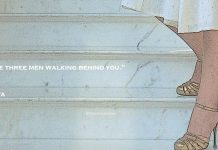 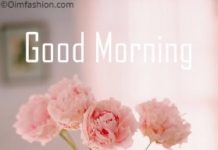 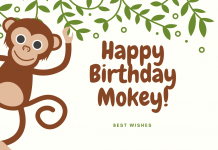 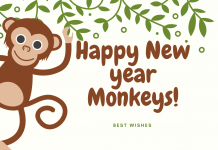 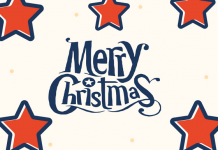